KADEX Aero is an independent aircraft parts & supplies distributor. KADEX distributes over 100 different manufacturers and offers repair and overhaul management, maintenance/technical support and can support operators with AOG services. KADEX is a Canadian family owned and operated business serving worldwide airlines and operators with industry leading service since 1994. You can trust KADEX to connect you with the right part at the right time with the right price. 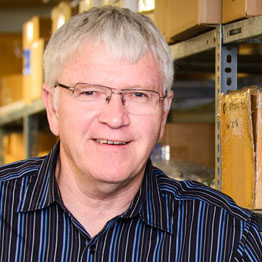 President & CEO
As founder, John has had a pivotal role in KADEX’s steady growth since 1994. John had an extensive aerospace career in aircraft operations, maintenance and management duties serving as VP, Ops manager, chief pilot and Transport Canada inspector. John was a commercial pilot from 1978 to 1994 with experience on King Air, MU2, Citation, DHC8, Metro, Cessna & Piper single and twins. 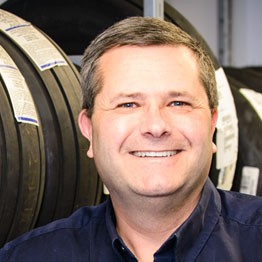 Vice President & Technical Support
Before co-founding KADEX, Ken represented a major aircraft parts distributor and served as a material manager for a large AMO. With 38 years of experience in the aviation industry, Ken provides highly skilled materials and distribution expertise as well as outstanding Beechcraft technical knowledge and recall. 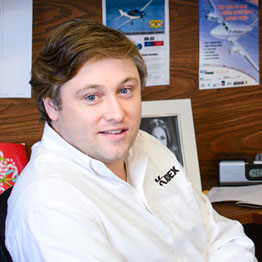 Sales Manager
Jeremy joined in 1994. After completing his Business Administration Degree, he began working as a Shipper and Receiver in the warehouse. Gaining valuable product and industry knowledge, Jeremy moved to the Sales department where he headed international sales. Helping open the Calgary branch in 2004, Jeremy has become our Senior Sales Specialist focused on providing immediate support to customers around the world. 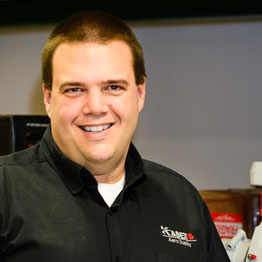 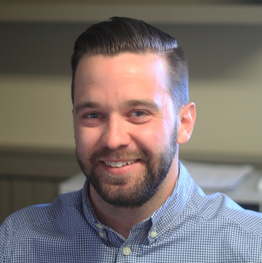 Director, Business Development
Before joining KADEX, Jordan graduated from Sheridan College with a diploma in Media Arts and went on to work for Red Bull Energy Drink for 6 years in Field Marketing. Jordan was the Field Marketing Specialist for Central Ontario managing the sampling and event marketing program and also worked on collegiate sales. 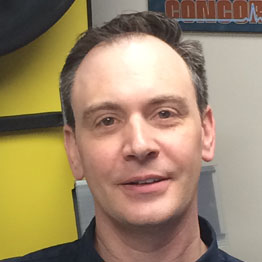 Manager – Calgary
In 2009 Tim joined as Calgary’s Warehouse Manager. His past management history and dispatcher experience is evident in his ability to lead our team of Shippers and Receivers while balancing increased responsibility as a Sales Specialist. His vast experience within the company is evident in his ability to exceed customers’ expectations. 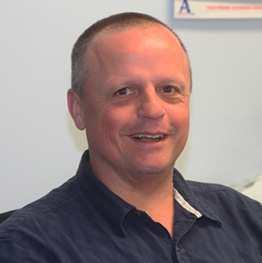 YPQ Warehouse Manager
In 2001 John joined Peterborough's warehouse team after graduating from a Business/Materials Management Program and gaining valuable experience at a trucking company as a dispatcher. John's various positions with us as a Shipper/Receiver and Cores and Warranties Manager transitioned well as he now leads our Peterborough warehouse team of shippers and receivers. 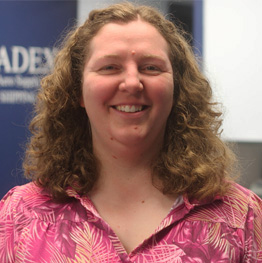 Cores & Warranty Manager
After graduating with Business and Materials Management, Jenny joined warehouse operations in 1999. Serving as Peterborough’s Warehouse Manager for 8 years, Jenny was promoted to manage all our cores, warranties, and rotables transactions. Jenny’s 15+years experience in the industry is vital for ensuring smooth business transactions. 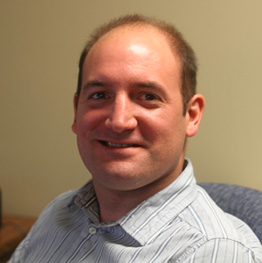 Sales Specialist
Jason joined in 2008 after obtaining a Degree in Materials Management and working in the distribution industry. Beginning in the Peterborough warehouse as a Shipper and Receiver fostered his growth into our Sales team in 2014. Currently Jason focuses on international sales and development. 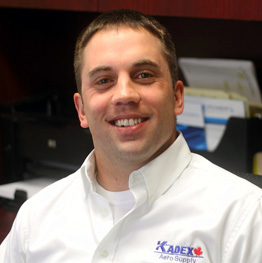 Purchasing & Sales Specialist
Jeff joined Peterborough warehouse in 2006 after completing his Materials Management and Human Resource degree. After gaining valuable industry and product knowledge, Jeff was promoted to our Sales team and also acts as our main buyer. His highly diverse skills are instrumental in providing superior customer support. 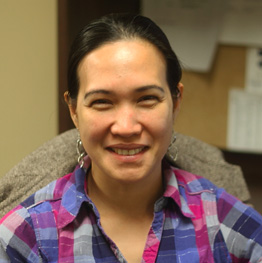 Customer Support Specialist
Betty joined in 2015 after receiving her MBA degree. Growth within the company lead to her moving into a Customer Support position where she assists our sales team meet customer expectations accurately and on time.